Recently, we invited Captain Chris Ingram of the Santa Clara County Fire Department to share his experience on the Oroville Dam Incident. There were a lot of lessons to be learned that we wanted to share with everyone to show a better look into the way technology is making a difference in ways we hadn't originally anticipated, and we thought were interesting.

Santa Clara County Fire personnel were among the responders to the Oroville Dam spillway emergency, which was caused by significant rain last winter. The storms and heavy rain caused road damage, mudslides, massive evacuations, and more. While all of this was happening, the dam spillway and emergency spillway sustained extensive damage. When the infrastructure became compromised, they called first responders and teams to help out. Initially, they shadowed the folks already at the dam. The incident evolved though, and they needed to inspect the damages that were occuring. They decided to let the water flow over the emergency spillway, which had potential to break and flood the Sacramento River delta area causing massive damage and potential danger to the people living in the area.

"Thank God the Spillway did not fail, so we did not have to use those technologies, but we had a plan in case that happened,"

Before deciding who they needed to evacuate, teams had to understand critical data. The information they had however only showed what would happen if the whole dam failed (which was not an immediate concern). A few days later, the engineers were able to determine what it would look like if the emergency spillway collapsed by using inundation modeling so they could set the parameters and determine a more realistic scenario for the things that could go wrong.

Meanwhile, back in Santa Clara County, they were receiving the same amount of rain. Using the Situation Analyst tool they were able to 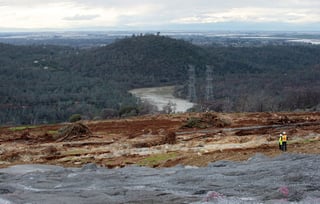 map road closures, mudslides, downed trees, utility damage, and more. The Dispatch Center was adding points to the map and so were responders in the field. Firefighters were adding points to the map, as were field observers in utility trucks going through the mountains and adding data to the systems. KEY POINT: All the data was live and instantly in the hands of other responders so they could easily find new routes in case there was a mudslide that caused a road to be impassable, places to avoid, and places that needed help.

They were accessing the live information both through mobile devices and desktop computers. They were able to utilize the Situation Analyst field tool which was able to collect data without cellular coverage, but sync the data collected to the system as soon as the responders came into contact with wifi or cellular coverage. They were also able to upload images to critical incident reports so that if they needed more information on the size of a fallen tree on the road, they could open the photo up and respond accordingly. 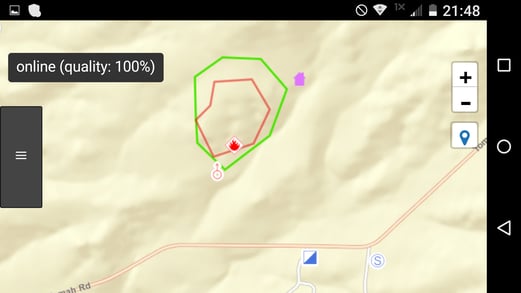 Through the Oroville Dam Incident, the Santa Clara Fire Department learned that collecting data when it was available could make all the difference during the evacuations. Because there was so much happening in so many places with so many people, they found it easiest to use the "auto-enroll feature" to allow non-registered users to input data using a web URL so that everyone could stay on the same page.

Fortunately, the emergency spillway didn't fail. But if it did, responsers were comfortable with knowing that they could map and communicate the issues in the area, share information with other responders, prioritize response, and track where the department resources are at all times with little to no learning curve.

They were also able to bring in the use of traffic monitoring, weather, inundation, imagery, and more.

"Thank God the Spillway did not fail, so we did not have to use those technologies, but we had a plan in case that happened" Capt. Ingram said.

If you're interested in learning more about SA or Captain Chris Ingram's experiences with the Oroville Dam or the Superbowl, be sure to check out the full webinar, or stay tuned for part two to the blog series.

Ace fans will know me.